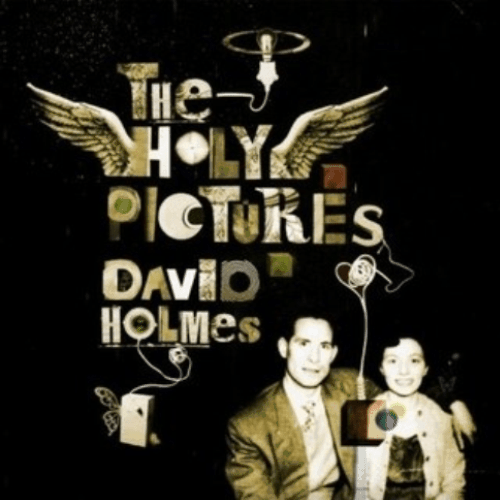 BAFTA winning David Holmes' 2008 album receives its first release on vinyl on 3 Loop Music are very proud to offer you this exclusive heavyweight white vinyl edition. This edition of the album also includes an exclusive art print signed by David.

The Holy Pictures is an album whose incubation has lasted almost the entire length of Holmes' career.  To cut straight to Holmes' own words, "The story of this album really began on the 4th August 1996 when my mother, Sarah Holmes, passed away.  I had always wanted to make a record about my life in Belfast and all the things attached to that - friends, family, loss, love and starting a family of my own.  All the stuff that shapes the person you become."  Personal themes as a basis for creative work proved to be challenging though, hence The Holy Pictures brewing for a period of over a decade while Holmes carried on with his eclectic and productive career.

This record features Holmes' on vocals for the first time, most notably on the standout track I Heard Wonders, which was a significant part of the soundtrack to the memorable 2012 London Olympic Opening Ceremony.

Influenced as much by JAMC as it is by Brian Eno and Neu! the album is now released on vinyl for the very first time and includes an MP3 download card.

"For those not familiar with David Holmes, ready yourself for a Damascene conversion" BBC, 2008
"Understated grace, bathed in a warm sodium glow" Guardian, 4/5, 2008
"The Holy Pictures fits together as a listen start-to-finish endeavour as well if not better than any of his previous works and that is testament indeed" Drowned In Sound, 2008