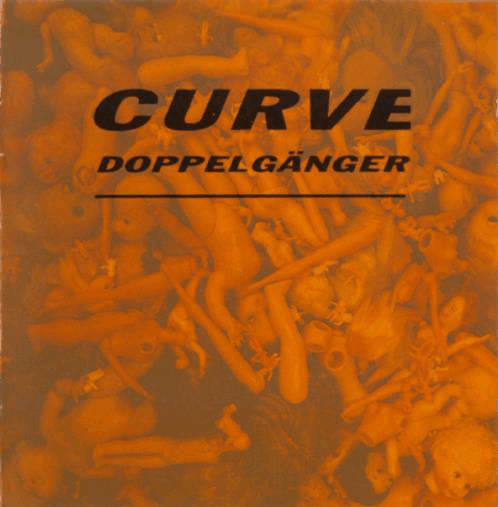 “Like The KLF, Curve understand and exploit the dynamics fizzing at their fingertips. No matter the genre, this is stadium-sized sonic-ness gone slightly bonkers” NME

In 1991, Curve arrived on the scene with a series of increasingly successful EPs via Dave Stewart’s Anxious label.

A year later they released their debut album, Doppelgänger. A monster and stately record, it was their sonic manifesto. Self-produced with Flood, and mixed by emergent super engineer and unofficial sixth CURVE member Alan Moulder (Ride, U2, My Bloody Valentine, Marilyn Manson, Smashing Pumpkins, Yeah Yeah Yeahs), its ability to sandblast your nerve endings for breakfast is matched only by its tendency to inebriate the listener with its aromatic charm.

The album features two singles, ‘Fait Accompli’ and ‘Horror Head’ both of which hit the Top 40 in 1992.

Now the album is once again available on vinyl and includes brand new sleevenotes by Andrew Collins.  The 180gsm vinyl includes an MP3 download.

"They create a cavernous noise that is not so much a storm in a teacup, as a monsoon in a coffee mug" NME, 1992

"A Curve song is a thing of instantly addictive melodic intensity" Q magazine.

SIDE ONE
1. ALREADY YOURS
2. HORROR HEAD
3. WISH YOU DEAD
4. DOPPELGÃ„NGER
5. LILLIES DYING

SIDE TWO
1. ICE THAT MELTS THE TIPS
2. SPLIT INTO FRACTIONS
3. THINK AND ACT
4. FAÃŽT ACCOMPLI
5. SANDPIT

NB: This LP comes with an MP3
download of the album