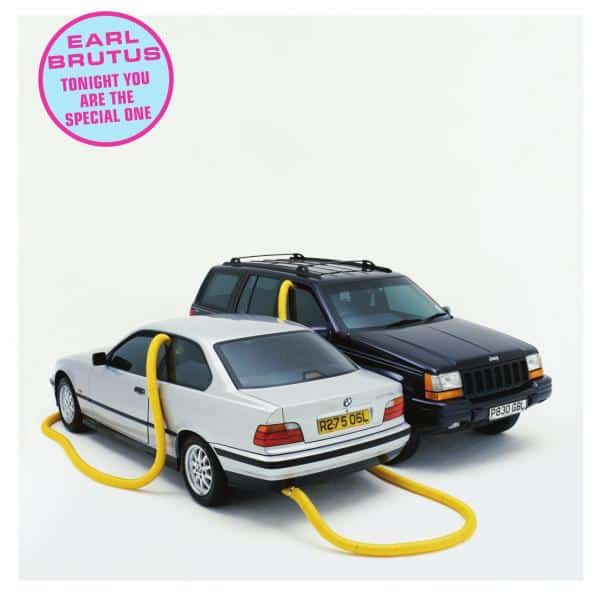 Tonight You Are The Special One CD Album

“Earl Brutus are one of this country's most consistently underrated, underappreciated bands.” The Guardian, 2004

Earl Brutus are Nick Sanderson (Clock DVA, Jesus And Mary Chain, World Of Twist), Gordon King and Jim Fry (World Of Twist), Rob Marche (JoBoxers, Subway Sect) with Shins and Stuart Boreman.Earl Brutus achieve notoriety and cult status with the release of their debut album Your Majesty… We Are Here. Their attention grabbing interviews and gigs attract wider interest and they sign to Island Records via Fruition.

They release a second long player, Tonight You Are The Special One, and several singles including The SAS And The Glam That Goes With It and Come Taste My Mind (“masterful examples of raging techno-pop” Select ) and Larky.

The band continue to play chaotic shows and the last ever gig is at Hammersmith Working Men’s Club on 7th April 2004 and the last track from that gig, Teenage Taliban, is included on this edition along with a demo recorded in William Reid’s (Jesus And Mary Chain) front room. Other bonus tracks include all the single b-sides sequenced by the band.

The 2CD set is packaged in a tri-fold digipack and comes with a 16 page concertina booklet with sleevenotes by Ian Harrison and a photo montage designed by Scott King and the CDs are printed with a silver glitter ink, a unique product.

The art direction on this re-issue has been overseen by Scott King who realised the concepts for the original release and singles. The album sleeve is included in Q magazine’s 100 Best Album Sleeves Of All Time in 2001.