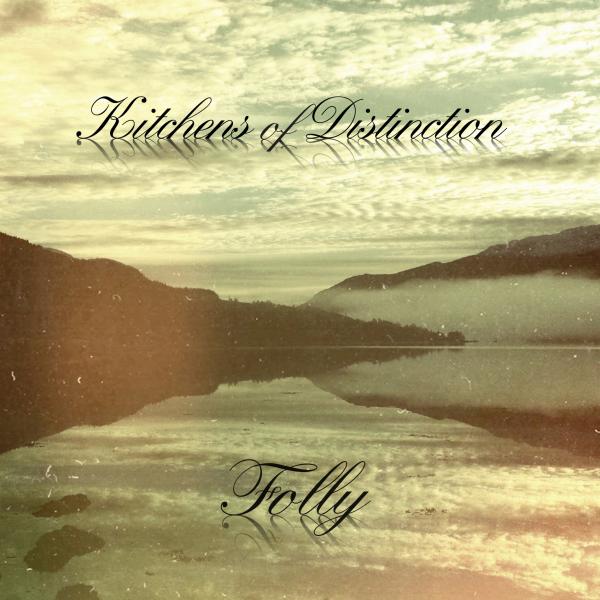 “I can listen to a British Sea Power record and think: ‘You know what? Kitchens Of Distinction were ahead of their time.’” STEVE LAMACQ / BBC RADIO / 2013

Kitchens Of Distinction return with a brand new studio album, ‘Folly’, their fifth album and the first for 19 years.

The LP comes on heavyweight 180gsm vinyl and includes an MP3 download code.

In Summer 2011 Patrick Fitzgerald asked Julian Swales whether he would like to work on some new songs together. With the constraints of distance, day jobs and family duties taken into account, things slowly started to come together. Dan Goodwin was invited to join in the fun and eventually ten songs loomed out of the mist. Ten new songs that sound not as a pastiche of a band 20 years on but, as Julian puts it, are “like a new version sucked through time and space.”

Side B
1. Wolves/Crows
2. No Longer Elastic
3. I Wish It Would Snow
4. Tiny Moments, Tiny Omens
5. The Most Beautiful Day